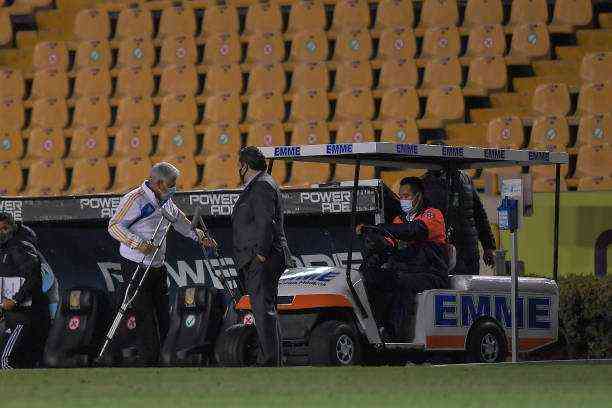 If you are a fan of soccer, you have surely seen matches and images of Ricardo Ferretti in the technical area with crutches, which he suddenly throws every time his Tigers make him pass out, something already common in the current tournament.

The fact that the ‘Tuca’ uses crutches is because he suffers from discomfort in the hip, so two surgical interventions are necessary to correct the problem. The strategist underwent surgery on the left side in 2013, and surgery on the right side was scheduled to be performed in 2020.

However, due to the pandemic, the operation on the right side has been postponed until now, and the helmsman will have to rest for at least two weeks.

What games does Ferretti miss?

Ferretti scheduled the surgery just for this weekend, after Thursday’s game against Pachuca, to take advantage of the break for the FIFA Date, and thus not be absent so long from the club, however, the two-week rest period will prevent him from traveling to Querétaro for matchday 13 and could reappear with some care for matchday 14, against America.

In recent Tigres games, Ferretti has been transferred from the locker room to the emergency cart’s technical area to avoid reducing the load on the hip on the right side.

Who is going to lead Tigres?

While the ‘Tuca’ recovers from the surgery, the feline team will return to training next Monday without the players summoned by their national teams, and the group will be in charge of the two Ferretti assistants, Marco Antonio ‘Chima’ Ruiz and Juninho.

Both will be tasked with directing the team’s practices for at least the next two weeks and trying to cut the five-game winless streak that has the feline club out of the playoff zone.