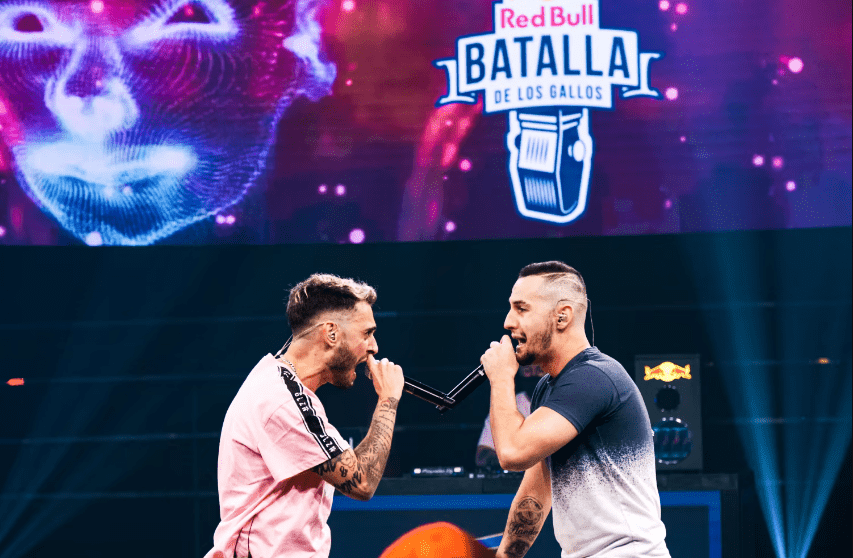 December 11 will take place the Red Bull International Battle 2021 and here we tell you everything you need to know about the freestyle tournament.

There is some relationship between freestyle and sports in the world, the truth is that more than you might think. There is a national league, a world league and even a kind of Champions League called Red Bull Batalla Internacional.

Why is it the freestyle Champions League? Well, in style they are similar due to the fact that only the champions of each country are classified. Red Bull holds a competition in each of the Spanish-speaking countries and the participants come out of those tournaments.

And this tournament is longer than you might think, because freestyle has already been in the music scene for several years, only it was not as promoted as it is now, nor were there figures that were mediatic as they exist in these years, we talked about Aczino and Some more.

The 2021 edition of the Red Bull International Battle will be held in Chile on December 11 and 16 people qualify to start the competitions from the round of 16 until a new champion is crowned.

At the moment there are 13 classified. In fact, since the Red Bull International Battle 2020 edition, the first three classifieds have been known, since the champion, runner-up and third place have a guaranteed place in the next edition and were: Rapder, Skone and Aczino, respectively.

As we already mentioned, the Red Bull Batalla Internacional is a tournament that starts in the round of 16 and is a direct elimination. It lasts only one day of competition, so battles do not usually take as long as in other competitions.

Two thematic rounds are those that freestylers can face in the Red Bull International Battle , whether they are free minutes, 4-bar by 4-bar formats or formats with objects, which are some of the most used in these competitions.

As the tournament progresses, the rounds for each freestyler increase; In the semifinals they already go from two to three rounds and thus it increases until the final and to be able to have a greater criterion to evaluate their talent in the Red Bull International Battle.

Who are the qualifiers for the Red Bull International Battle 2021?

There are 13 classifieds and only one Red Bull National Battle remains, the one in Ecuador where the last classified will come from and there are two pending places, but the organization has not mentioned who will occupy these two positions, they want to keep the fans with the uncertainty.

This 2021 International will be historic, as there will be great competitors considered among the best in history such as Aczino and Skone. But it will be the first edition in which a woman qualified, Marithea in Colombia and she is breaking it hard, being the revelation of the year.

Next we will put the freestylers that are classified and the Red Bull National Battle that they won to be able to qualify for the 2021 International and the country they represent:

JAPAN TO CANCEL TOKYO 2020 OLYMPICS, ACCORDING TO THE TIMES