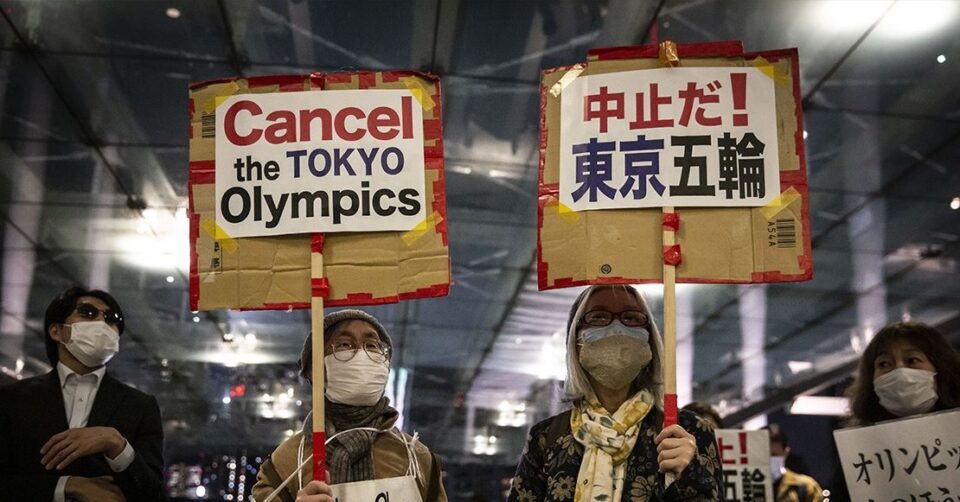 Tokyo will host the Olympic Games in 100 days, and the situation against COVID-19 is alarming, a fourth wave of infections is expected.

We are 100 days away from the Olympic Games, after a year of long and deserved wait due to the situation that the world is experiencing with COVID-19, but in reality, what is the current situation in Tokyo to receive the Olympic joust?

There is concern on the part of the authorities about the pandemic, the virus and the variants that are appearing all over the world, that is why the decision was made that the public will not be able to travel to Japan to be at the events of the Olympic Games, an appropriate precautionary measure.

You will only be able to attend Tokyo as an athlete, coach, leaders or operational personnel; so it is expected that among all the delegations that will go to the Olympic Games, almost 90,000 people will travel to the Asian continent.

The Olympic Games’ organisational apparatus will have to work during the fair with an unfavourable situation for sports, country or anyone in the world, because in Tokyo, a state of emergency has been declared due to COVID-19, and that is how they will have to be disputed.

In case you wonder, and it is more than logical, there is also a risk that they can be infected during their stay in Japan, but fortunately for them, because not everything is bad, the IOC agreed to pay for the vaccines of all athletes who attend Olympic Games.

What do experts say about the situation in Japan?

Norio Sugaya, an infectious disease expert at the Keiyu hospital in Yokohama told the AP news agency and taken the information from the Chicago Tribune: “It is better not to hold the Olympic Games, given the considerable risks,” an unfavourable outlook according to the doctor.

“The stakes are high in Japan. Japan is dangerous, it is not a safe place at all,” he continued. The doctor also mentioned that vaccinating 50-70% of the general public should be a “condition” for the Olympic Games.

What’s next after the Olympics?

Japan registers around 9,000 deaths from COVID-19, much less than other countries. Toshio Nakagawa, the head of the Japanese Medical Association, expressed concern about the famous “rebound” in coronavirus cases. “To avoid a fourth wave, we must act extremely quickly,” the statement can be read in the Chicago Tribune report.

According to projections, Tokyo would have at least more than 1,000 infected people by May, with a cap in July, just as the Olympic Games begin. Daily cases have touched 300 in the city of the Olympic Games.

Toto Wolff’s Anger At Valtteri Bottas For Losing Pole At The Mexican Gp: “It’s A Day To Forget”