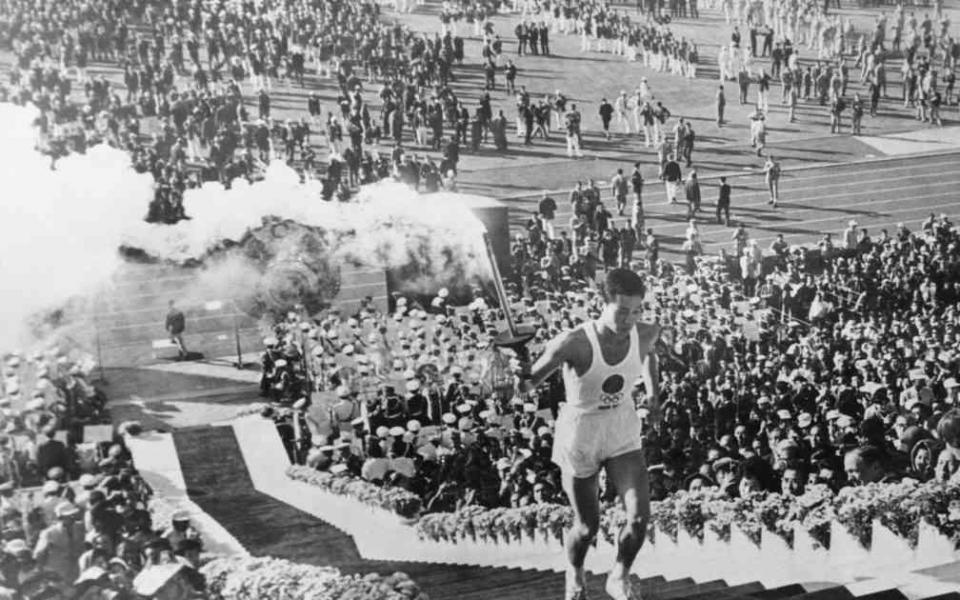 Considered a Japanese emblem, “Hiroshima’s baby” represents the meaning of life in his country and more, but in the Olympic Games.

The famous ” Baby from Hiroshima “, named Yoshinori Sakai, is an emblem of the Olympic Games, particularly those held in Tokyo, as he was in charge of lighting the cauldron in the 1964 edition with a very important responsibility.

The inauguration ceremony took place on October 10 and represented a watershed for a country that suffered between 1939 and 1945 with the Second World War. For this reason, the path of the Olympic flame was very special and sent a message of peace.

Why choose the “Baby of Hiroshima”?

He was born in Hiroshima on August 6, 1945, and died on September 10, 2014. Beyond his career as an athlete and journalist, he left his mark on his country because his day of birth coincides with the bombing of the city during World War II.

During that period, 2 editions of the Olympic Games were cancelled: Tokyo 1940 -which was later Helsinki 1940- and London 1944. The 3 cities received new opportunities to organize the joust, and the turn of the Japanese came in 1964.

The organizing committee decided that the Baby of Hiroshima was the ideal character to light the cauldron for a very simple reason: his presence meant a tribute to all the victims of that event and a call to the whole world to seek world peace.

Being the last bearer of the Olympic torch, Yoshinori Sakai climbed 163 steps to where the cauldron was located. At 3:03 p.m. (Japan time), he turned it on and posed smiling for a few minutes for the cameras and television.

It was a very special edition for different reasons, many of them innovative. These were the first Olympic Games to be broadcast in colour on television and via satellite for North American and European territory.

Judo and volleyball were added to the program; Furthermore, this last discipline represented the first appearance of a sport in women’s teams. In the end, Tokyo took 3 recognitions from the International Olympic Committee (IOC) for its great organization: the Olympic Cup, the Bonacossa trophy and the Diploma of Merit.

And what happened to Yoshinori Sakai?

Contrary to popular belief, the “Hiroshima Baby” never participated in the Olympics. His sporting achievements were limited to a gold medal in athletics at the 1966 Asian Games, specifically in the smooth 4 × 400 relay.

Upon retiring from the sport, he became a sportscaster for Fuji Television, a Japanese channel based in Odaiba, Tokyo. Unfortunately, he lost his life as a result of a brain haemorrhage when he was 69 years old.