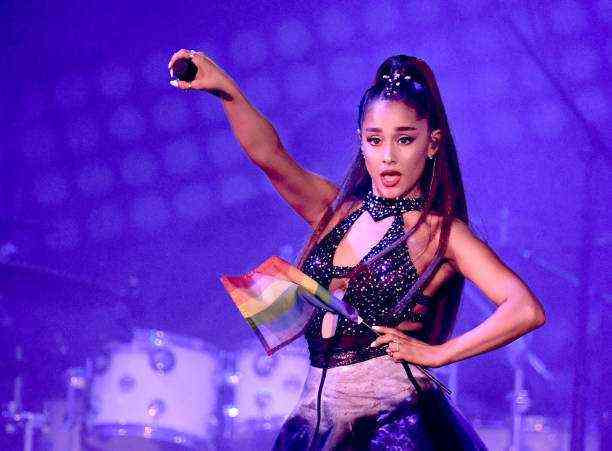 There are rumors about the possible appearance of Daft Punk, Kendrick Lamar, and Ariana Grande at the Super Bowl halftime show, and this we know.

The 55th edition of the Super Bowl is just around the corner, and that excites football fans and the general public. Beyond the long-awaited match that will take place on February 7 at Raymond James Stadium in Tampa Bay, Florida, many are waiting for that sporting event due to the well-known halftime show.

This year’s halftime show will be run by The Weeknd, who will have a titanic mission like no other artist who has performed on the show has ever had. This is thanks to the COVID-19 pandemic that has been hitting the whole world for a year and has reduced live shows with audiences present.

In social networks such as Twitter and Facebook, it has already begun to speculate that the French duo – which has not released any recorded material since 2013 – will be one of the guests that The Weeknd will have during its show on February 7. Something that doesn’t sound as crazy as it sounds.

But we go in parts. It all started when several Twitter accounts assured that, according to the singer’s official page (where by the way, we didn’t find anything) , the tracklist of songs that The Weeknd will perform at the Super Bowl had supposedly been released. A list featuring duets with Kendrick Lamar, Ariana Grande, and Daft Punk.

The Weeknd could bring in artists he’s previously collaborated with

As you may recall, Daft Punk and The Weeknd worked together on the album Starboy (2016), where they participated in the songs “Starboy” and “I Feel It Coming,”, which according to the aforementioned rumors will be performed during the halftime show. Something that, if true, looks to be one of the best shows that fans (and not fans) of the NFL have seen.

Also on the list of collaborations is rapper Kendrick Lamar, with whom The Weeknd collaborated in 2018 for the soundtrack of the MCU tape Black Panther, where Abel provided his voice for the song “Pray For Me.” Considering that Kendrick has been rumored to be about to release new music for months, his appearance at the Super Bowl seems the most viable.

Kendrick Lamar and Ariana Grande would join the halftime show

Last but not least, we have Ariana Grande. The pop superstar has been a trend for a few hours thanks to her solid fan base, who assure that Ariana will join The Weeknd on February 7 to perform the song “Love Me Harder,” one of her singles from the album My Everything 2014, where he joined forces with Abel.

As you can see, everything related to The Weeknd show, for now, are only assumptions. However, remember that rumors about the halftime show are almost always true. There you have the appearance of J Balvin and Bad Bunny in Shakira and Jennifer Lopez’s presentation in the show last year.

Will The Weeknd set the highest bar that halftime shows have seen at the Super Bowl? Place your bets!

Nely Miranda, Who Passed An Operation To Reach The Tokyo 2020 Paralympics Games