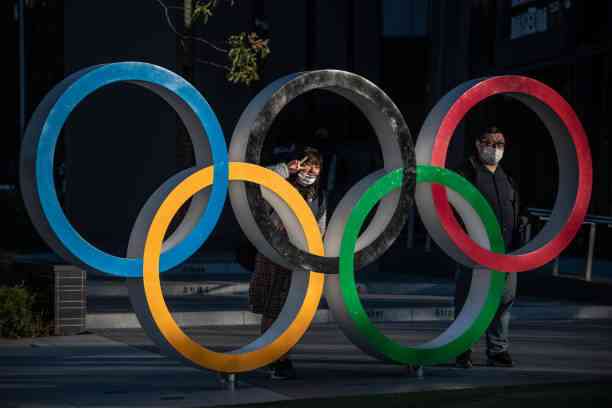 Raúl Carrillo, CONADE doctor, clarified some doubts regarding the previous protocol, during and after the Olympic Games.

The International Olympic Committee works hand in hand with the World Health Organization in the sanitary protocol for the Olympic Games with the greatest uncertainty in history, in Tokyo, one of the cities of Japan in a state of emergency.

The Japanese capital will have the challenge of guaranteeing the well-being of athletes, operational personnel, as well as the inhabitants of Tokyo, where sectors oppose the realization of the summer fair for fear of new outbreaks.

The president of the International Olympic Committee, Thomas Bach, launched a call at the end of 2020 for sports delegations traveling to Japan to be vaccinated before leaving their country and carrying out PCR tests days before leaving for Japan.

Rigid controls before the Olympics

“We expect very rigid controls,“ shared Raúl Carrillo Rodríguez, director of medicine and applied sciences at CONADE, who explained that in the absence of the final protocol, Mexico already has the approval of the International Olympic Committee and the Organizing Committee in the application and PCR test analysis process, which all athletes and coaches must undergo before the Olympic Games.

“The national laboratories with which we have an agreement and the protocols that are made for the analysis and have been approved have already been sent to the organizing committee, so they have all the information that the certificates must contain, as well as the process under which they must be analyzed the PCR tests of our delegation before leaving for Tokyo,” he indicated in an interview with Sopitas.com.

Although the mandate is that all athletes are vaccinated before leaving for Japan, Carrillo clarified that this is not an obligation, which means that there will be a risk of contagion.

And what happens if an outbreak is detected among athletes?

Carrillo indicated that demanding and constant controls are expected in Japan to reduce the risks of contagion and, if there is a positive case, try not to expand the cases.

“According to the manual, it is total isolation and recognition of close people who had contact to also isolate them, I suppose they will have a specific isolation area in Japan and also with medical attention,” he said.

The Olympic Games will be held (so far) from July 23 to August 8, so in the event that an athlete tests positive for COVID, they will not be able to compete, as there will be no opportunity to postpone competitions.

“The athlete who becomes infected is going to lose his competition, they have not manifested it, but under common sense… because there is no way to postpone 30 days for an athlete. Athlete who is infected will automatically be out of the competition”, he mentioned.