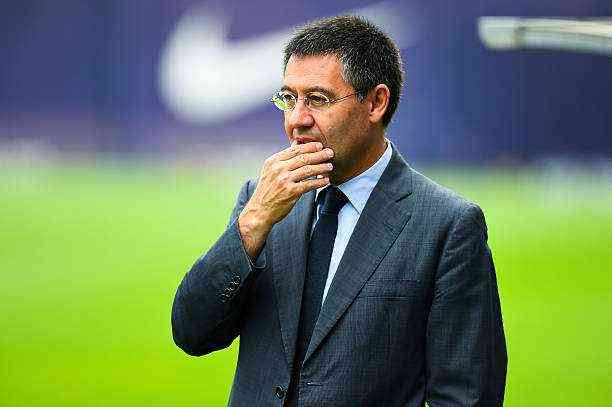 The time to meet the new president of Barcelona is approaching. After the resignation of the now investigated former president of the Blaugrana, Josep Maria Bartomeu, Barça was “condemned” to a restructuring, which was crying out for several years, then the sports catastrophes (especially in the Champions League), the flight of figures, the parade of strategists and bad management decisions.

Since Bartomeu’s resignation in October, the Catalan club has been led by an extraordinary committee, which among its functions has the organization of elections to elect the new president, a process that took longer than what was stipulated in the statutes of the club due to the coronavirus pandemic.

Who are the candidates for the Barcelona chair?

Members are the only ones who can vote on March 7 and, given the limitation of traveling to Barcelona as a health measure, they will cast votes by mail to choose between the three candidates who passed the filters to be validated as applicants: Joan Laporta, Víctor Font, and Toni Freixa.

The three candidates have tried to win the partners’ votes through campaigns, in which they promise to move the team forward with different economic models and signings.

Joan Laporta and the bet by Messi

He is the candidate best known by the Barcelona fans and by the partners, having already held the position in previous years. He was responsible for the signing of Ronaldinho (although he had promised David Beckham) and for the commitment to Josep Guardiola as a coach.

Laporta is a 58-year-old lawyer, and his campaign promise is to keep Lionel Messi at the club, who ends his contract this season. The polls give him as a favorite to win the elections. “I would say that along with reversing the economic situation, my priority is to make a proposal to Lionel.”

It ensures that Barcelona will have financial stability again in a year and a half or two at the most. As for signings, he does not promise someone in the media in the first year, due to the economic situation.

He is a businessman in the media and telecommunications industry, and at 48 years of age, he is the youngest candidate in the shortlist and the main rival of Joan Laporta, whom he accuses of not really having a plan to save Barcelona.

Font promises to bring Xavi Hernández to the Barcelona bench and the formation of a board of directors with media people in various areas of sport, including Toni Nadal, uncle of tennis player Rafael Nadal.

With Xavi Hernández, he intends to create a bridge to convince Messi and renew his contract. “I know that Messi welcomes the leadership that Xavi can exercise.”

Like Laporta, Font does not consider it feasible to make expensive signings at this time and completely ruled out the return of Neymar.

Polls give you as the candidate with the fewest chances to win. He is 52 years old and starts as the least popular candidate because he was part of the Bartomeu board, although he identifies as an independent.

His maximum bet is the inclusion of an investor capable of contributing 250 million euros to the club, with which he would look for players like Kylian Mbappé or Haaland, as well as a “great defense.”

Freixa does not guarantee the continuity of Lionel Messi, and neither does it bet on the continuity of Ronald Koeman or the arrival of Xavi Hernández, but rather the formation of a directive and the continuity of a sports director, which in his opinion is one of the main evils of the irregularity of Barcelona.

Formula 1 Defends Its Decisions At The Belgian Gp: “The Weather Overcame Us”