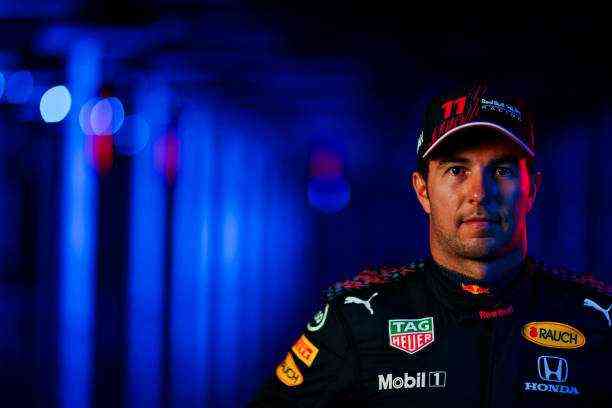 Pambolero and with family as a priority. Checo Pérez is much more than a Formula 1 driver, and here we tell you some of his passions

Few can claim to have fulfilled their dreams of when they were children, or few share the same passion with their family. Checo Pérez is one of the lucky ones who has both and is now one of the figures in Formula 1.

The successful driver is making history on the fastest tracks in the world and will start a new adventure with Red Bull. However, he has come a long way in the company of his loved ones.

He is the son of Marilú Mendoza and Antonio Pérez Garibay, who was also a racing car driver and preparer. His brothers are Paola Pérez and Antonio Pérez, who came to participate in NASCAR championships.

All of them are pillars in the life of Checo Pérez, who is quite a character inside and outside of Formula 1. We are talking about a father of a family and a passionate about sports who also seeks to support through his reach.

Checo Pérez out of Formula 1

Sergio Michel Pérez Mendoza was born on January 26, 1990 in Guadalajara, Jalisco. He has always been close to the slopes and speeds thanks to his father, but the youngest of the family has already taken a few steps further.

Of course, without neglecting those who gave him life and those who have accompanied him at each stage, regardless of obstacles or difficulties. The values ​​instilled in the Pérez Mendoza family are reflected in different actions, and even in the foundation of the pilot.

The Checo Pérez Foundation was presented in November 2012. This has the objective of “generating possibilities for integral development for one of the most vulnerable sectors, children.”

To reach its goals, the organization works through projects ranging from volunteering to auctions. In these events, you can find items related to Formula 1, such as helmets, caps, or shirts of figures of Fernando Alonso and Sebastian Vettel’s stature.

And this is where we return to the issue of family and how important it is for Checo Pérez. His sister Paola serves as the foundation’s commercial director, so the relationship is very close and goes beyond blood ties.

Checo’s side as a dad

Being a public figure, Checo Pérez’s private life stands out alongside his performances in Formula 1. At the beginning of 2017, the new Red Bull driver and Carola Martínez made their relationship official, and within a few months, they were already waiting for their first child.

They became parents in December 2017, when Sergio Pérez Jr was born; then, in September 2019, they welcomed Carlota. The little ones are the most important thing for the couple, and they showed it a few months ago.

When Jalisco got his first F1 win, he wanted to make sure his first-born was watching. Later, during an interview, they made a short but emotional video call.

An athlete or sportsman dedicates himself to a certain discipline, which does not mean that it is the only one to his liking. Many already know it, and if they still did not find out, Checo Pérez is a faithful follower of the Águilas del América, who hate me more and the whole thing.

Many years ago, the Mexican dreamed of becoming a professional soccer player, and although life took him on a different path, his passion did not disappear. For this reason, he is now one of the spoils in Coapa.

The romance between Pérez and his Águilas does not stop growing: the team supports him in every race, and he goes to the stadium or the club’s facilities when he has the opportunity.

This does not mean that the pilot cannot demonstrate his talent on the field of play. He had participated in several matches and even had a skinny with colleagues such as Daniel Ricciardo, Fernando Alonso, and his new teammate Max Verstappen in 2016, when they visited Italy.

In addition, Checo Pérez is also a fan of golf. He has repeatedly shown that he goes to the fields to practice and that he closely follows some tournaments.