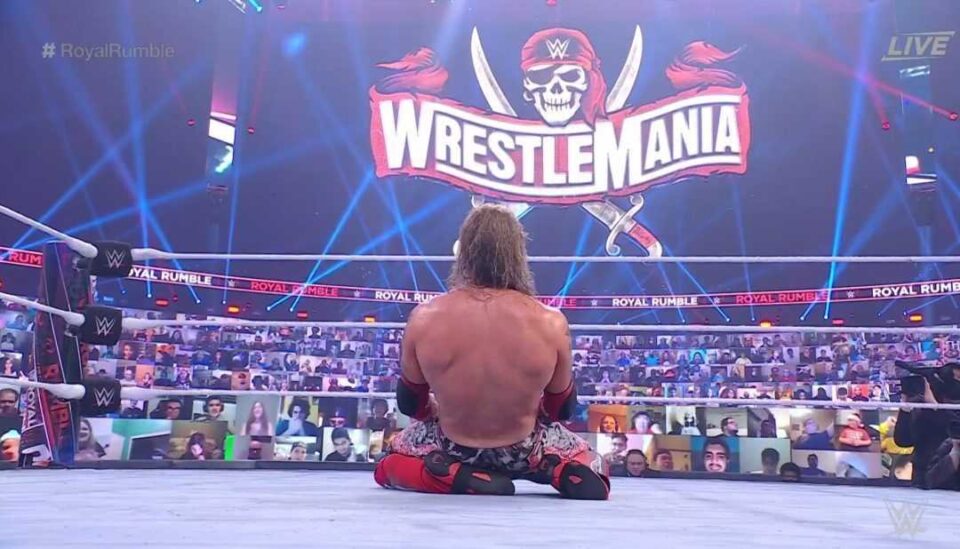 Many can hear the name of Adam Copeland without making any kind of expression, he is a little known figure in the world of sports under that name. Adam is nothing more, neither more nor less than Edge, the WWE professional wrestler who won the Royal Rumble 2021.

Edge’s career did not seem to need more achievements, as he is one of the wrestlers with the most championships in WWE history and with his retirement in April 2011 and his subsequent induction into the Hall of Fame, a culminating moment in one of the most illustrious careers in spectacle sports, it seemed that everything had ended there, but it would not be like that.

Ontario, Canada saw the first years of Edge’s life, and from the first moment his love for professional wrestling began, so much so that he was a fan of Wrestlemania 6, an event that took place in Toronto; years later, he would be the star of the most important events of WWE.

In search of his dream of being a professional wrestler, he would find a friend who would become a brother, Christian’s future teammate, with whom he won 7 world championships as a couple and then they had solo careers that consecrated them in the ring.

On June 22, 1998, Edge’s journey in WWE began, on this date, he made his televised debut for Vince McMahon’s company. Adam Copeland’s first fight was against Jose Estrada, who at that time was part of a faction called “Los Boricuas.” The fight ended with victory for Edge and heralded a successful career.

Edge during the Attitude Era

During this period in WWE, he found a place in the division of couples with his friend Christian. Both were presented as brothers within wrestling. Together with the Dudley Boys and Hardy Boys, they delivered fights that will be recorded in history.

An example was the Tables, Ladders and Chairs fights, the first to be held in WWE with the couples that we already mentioned and that Edge and Christian won in the editions of Wrestlemania 2000 and Wrestlemania X-7.

After separation with his partner Christian, Edge began his solo career in which he won the King of the Ring in 2001 and several secondary titles during this time such as the Intercontinental and the United States, at the time of the invasion of WCW even had a rivalry for one of these championships against his former teammate.

His individual success came in 2005 when he won the Money in the Bank at Wrestlemania 21, which would ensure him a title opportunity the following year, and in that same year, he would have a rivalry that catapulted his character to star spots in WWE.

His fight against Matt Hardy, a personal friend in real life, was made possible by the infidelity of Lita, Hardy’s girlfriend at the time, with Edge. A rivalry began that took personal overtones, and that led to confrontations outside the WWE ring.