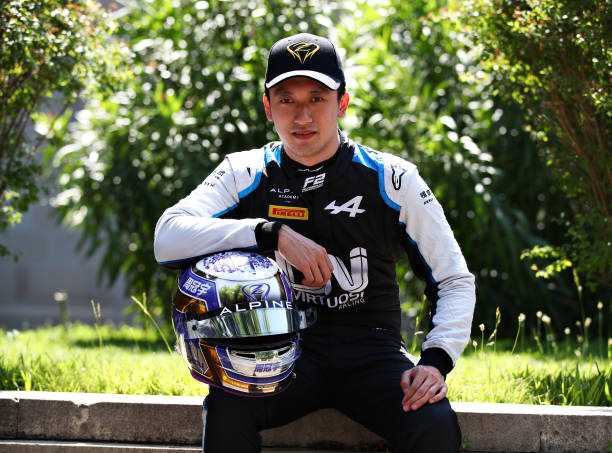 Alfa Romeo will bet on the duo between Bottas and Guanyu Zhou for 2022, which will allow us to see the first Chinese driver in Formula 1.

The 2022 season of Formula 1 promises to be spectacular in many ways, and at the same time, it will be historic. Guanyu Zhou will accompany Valtteri Bottas as an Alfa Romeo driver, making him the first Chinese driver to race at the Grand Circus.

The seat that is now in your hands was left for doubts and speculation for several weeks. Finally, the team decided to incorporate him, so Antonio Giovinazzi will leave the F1 grid for at least a year.

For now, Guanyu Zhou is an Alpine junior driver and races in Formula 2; His contract with the Italian team is for one year and represents a dream come true: “It is a privilege to have the opportunity to start my career in Formula 1 with an iconic team. A very demanding challenge awaits me,” he declared after the announcement.

Who is Guanyu Zhou, and how did he get to Formula 1?

Born in Shanghai on May 30, 1999, Guanyu Zhou is the 10th driver to graduate from Formula 2 to Formula 1. The last three years of his sports career were spent in that category, although he has been competing in Europe for longer.

Zhou came to the Old Continent in 2016 at the age of 17 to race in Formula 3; his first year with Motopark included two podiums and more than 100 points. In the next two seasons, he competed with Prema, and in 2018 came his first victories.

His promotion to Formula 2 took place in 2019 with UNI Virtuosi: he ran 24 races, achieved a pole position and five podiums. Already in 2020, he reached one more podium and signed with Alpine – at that time Renault – as a test driver.

Currently, Guanyu Zhou remains with the British team and could close the cycle in the prelude to F1 with a title. But, for now, he leads the drivers’ championship with 257 points, 11 podiums, and five poles.

Off the runway, he is a fashion lover, in which he also admires Lewis Hamilton: “I have liked fashion since I was younger. I always choose the shoes to wear first and then the rest. It’s great to see her in the paddock, Hamilton brings fashion to the track, “he explained to F1.