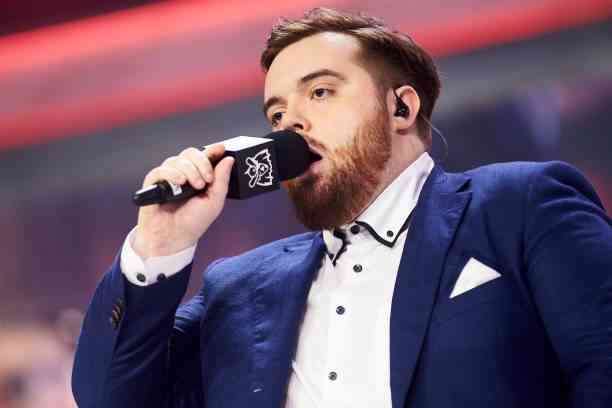 Ibai Llanos met Lionel Messi on the least expected day, and here we tell you his story before he reached the “big leagues.”

On August 7, Sergio Aguero arrived at Lionel Messi’s house, a day before the press conference in which Leo announced his departure from Barcelona. Kun’ was surprised because he arrived accompanied by the streamer, Ibai Llanos, one of the most recognized names in Spain within the world of eSports.

Ibai has one of the 10 most important channels in the world, both YouTube and Twitch, but its history began in 2014, when he was chosen at age 19 as one of the voices to narrate in La Liga de Videojuegos Profesional, which is the best of the Spanish League for eSports.

His full name is Ibai Llanos Galatea. On March 26, 1995, he was born in Bilbao and grew up in the Deusto district, an independent municipality, until 1925, when he joined Bilbao.

There he grew up in a comfortable environment, as he himself admits, but life changed after 2008, when the financial crisis in Spain exploded. His father had serious financial debts, and his income fell, while his mother lost her job, which caused him to grow up in a complex environment within their family.

“Video games and my grandfather saved me,” he said in an interview in which he said he was proud of the path he chose, away from alcohol and drugs during his adolescence. “Video games were important in avoiding part of the reality that I had, and later it became my job,” he said.

Physically he is an imposing person, as he measures 1.82 meters and weighs more than 100 kilograms, but he is also a person with empathy, so he has led programs and talks against bullying because his brother was a victim of this phenomenon, at the same time that he has helped his parents to solve financial problems.

How did it become a media phenomenon?

At the age of 19, he was not clear about what he wanted to do with his life, and he lived as a refugee in video games, not only as a player, but he also narrated the games among his friends. In 2014 he found his way when he was recruited as a narrator or caster, from La Liga, and later in League of Legends in 2015, he took the step to cast (narrate) in the EU LCS, the maximum competition of League of Legends.

“When at home they saw that he began to travel to broadcast eSports events, although he did not have much economic remuneration, they began to respect him a little more,” he said.

In 2016 he moved from Bilbao to Barcelona to dedicate himself fully to his world. His YouTube channel has more than 6.5 million subscribers, and on Twitch, it reaches 7.1 million. He lives in a kind of mansion along with eight of his friends, and his name is related to great soccer figures, including ‘Kun’ Agüero.

In the events in which he has to cast, he is the protagonist and not the players, although he confesses that not all his family members know exactly what he does and how he has earned a living. “Until recently, my grandmother thought I was presenting the news.”

How did you start relating to Messi?

Ibai has attracted the attention of footballers around the world, mainly the youngest, video game lovers and some members of Barcelona, ​​but he never imagined meeting Lionel Messi in a way that he calls “organic,” because in 2019 They had coincided in an event in which the streamer was criticized for shyly hugging the Argentine.

However, his relationship with Agüero led him to Messi, first through a video call while he had dinner with ‘Kun,’ a day before Barcelona released the statement announcing Messi’s departure.

On August 7, Messi held a dinner to say goodbye to his friends before the August 8 press conference. Among the guests was Agüero, whom Messi called. Sergio explained to Leo that he was with Ibai: “Let him come, he’s a good kid,” Messi replied.

In this way, Agüero took Ibai to Messi’s house without the streamer knowing where he was going. “I was going to dinner at a restaurant, and suddenly I was at Messi’s house.” There were, among others, Jordi Alba and Sergio Busquets, who recognized Iba. “What’s this Real Madrid guy doing here?” They jokes, and had dinner next to Messi.

The relationship with the Argentine, now a PSG star, continued thanks to the French club’s invitation to the Argentine’s presentation in Paris, where he was able to interview him.

That talk marked the relationship between Kosmos, Piqué’s company of which Ibai is a part, and Ligue 1, since Kosmos bought the broadcasting rights of the French league for Spain and will be broadcast through the Ibai Twitch channel, who in this way will become a caster, a soccer narrator in Messi games.