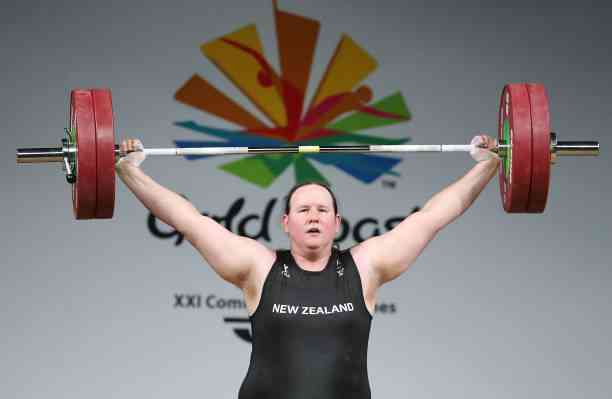 In the midst of the controversy, Laurel Hubbard secured her ticket to Tokyo 2020 and will be the first transgender athlete to participate in the fair.

One of the goals of Tokyo 2020 is to become the most inclusive edition of the most important multi-sport event in the world, and from organizers to athletes, they have taken important steps to achieve this. The case of Laurel Hubbard is one of them, as she will become the first transgender athlete to participate in the Olympic Games.

During the last months, controversy has been unleashed on this issue, since not everyone considers that the conditions are the same for all athletes. However, the 43-year-old New Zealander secured her place in powerlifting.

Their participation is allowed since the International Olympic Committee (IOC) changed its rules in 2015: they indicate that they can compete as long as their blood testosterone level is less than 10 nanomoles per liter.

To qualify for Tokyo 2020, Laurel Hubbard lifted 185 kilograms (628 pounds) in qualifying events. With this, he won the fourth ticket to the Olympic tournament and is expected to compete on August 2 in the category from 87 kilos or 192 pounds.

“We have a strong culture, inclusion, and respect for everyone. We are committed to supporting all eligible New Zealand athletes, as well as ensuring their physical and mental well-being, along with their high performance needs,” said Kerryn Smith, CEO of the New Zealand Olympic Committee (NZOC), of Hubbard.

On February 9, 1978, he was born as Gavin Hubbard and began his transition in 2012, when he was 34 years old and had already competed on a few occasions. Once this process was over, she continued in the sport but in the women’s category.

In 2017, at the age of 39, he won the silver medal at the World Weightlifting Championships. In addition, he set four unofficial national records in New Zealand, after lifting 268 kilograms, 19 more than second place.

All this caused controversy in his country and attracted international attention; Obviously, the controversy increased as Tokyo 2020 approached, and the possibility of competing in them arose. At the time, the Belgian Anna Van Bellingen declared that Laurel Hubbard’s participation would be “a bad joke” and highlighted the advantages it could have due to the hormonal issue.

Against any criticism, the New Zealander continued on her way and overcame a severe injury in 2018, which almost forced her to retire. Now, with a ticket in hand for the Olympic Games, she thanked all those who support her on the path of breaking stereotypes and schemes.

“I am grateful and honored for the kindness and support that I have received from so many New Zealanders. When I broke my arm at the Commonwealth Games three years ago, I was told that my sports career had probably come to an end. But their support, their encouragement, and their Aroha (love) guided me in the dark, “he told the NZOC.