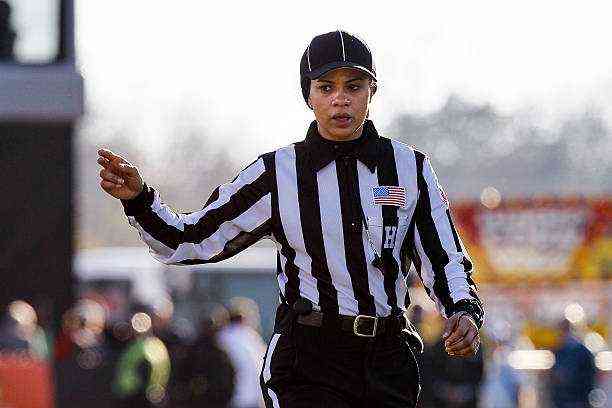 The NFL continues to make history! Looking ahead to the 2021 season, Maia Chaka will join the official roster, and with this, she will become the first African-American woman to be part of the referee team in this League.

Her arrival comes weeks after Super Bowl LV, which left its mark for much more than Tom Brady and the Buccaneers’ title. There, Sarah Thomas made her mark as the first woman to play the campaign’s biggest game.

“Maia’s years of hard work, dedication, and perseverance, including as part of the NFL’s Umpiring Development Program, have earned her a position as an official. It inspires us to normalize women’s participation on the field,“said Troy Vincent, NFL vice president of operations.

In the previous season, we only got to see one woman on the officer roster. However, this year we will have at least two, and the League is open to receiving many more.

Meanwhile, Chaka said she was proud to represent women, her community and stressed that her election is more than a personal achievement, since it involves all those who supported her to go this far.

“I am honored to be selected as an NFL official. But this moment is bigger than a personal achievement. It is an achievement for all women, my community, and my culture, “she told the League.

Who is Maia Chaka?

The NFL will bring in an old acquaintance. Maia Chaka participated in the League’s Umpiring Development Program in 2014; This is to identify college-level officers who can make the leap to professionalism.

However, the newcomer to the best football in the world has another important facet: She is a health and physical education teacher in Virginia Beach public schools.

As an officer, she has served since 2006. She has made appearances in the NCAA Pacific-12 Conference and the USA College Football Conference; last year, hse participated in some XFL games.

In 2013 she even shared the field with Sarah Thomas, at the Fight Hunger Bowl. The game was held at AT&T Park in San Francisco, and the Washington Huskies beat the BYU Cougars 31-16.

Maia Chaka received one of the most important calls of her life on March 1. Wayne Mackie, Vice President of Refereeing Evaluation and Development, was in charge of welcoming her and the referee assured that she is still processing what happened.

“It really didn’t hit me until now (the news). When I saw the introduction, I said, “This is real.” It is an honor to join the NFL. You need a lot of patience, know how to listen, and be sure of decisions on the field, “she declared in an interview with TODAY.