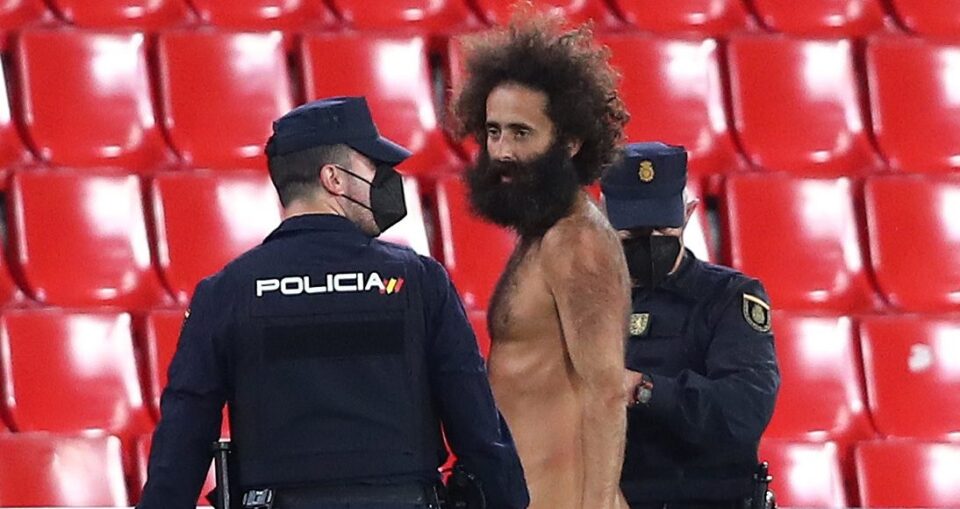 Despite being a deputized game without an audience, Granada-Manchester United stopped for a few moments for a spontaneous nude.

Granada claimed a place on the European soccer map thanks to their performances in the Europa League and although it seems that their path will end in the Quarter-Finals, a man also put himself on the map during the first leg of the Quarter against Manchester United, at the Los Cármenes stadium.

During the first half, a man entered the court completely naked and interrupted the game. The man bypassed the flimsy security filters to enter the stadium, which did not open the doors to fans due to sanitary restrictions and literally rolled down the field until security elements entered the field to remove the naked man.

The spontaneous admission revealed the relaxation of the security filters. In Spain, an amateur has been present in times without an audience in the stadiums; the first time was in Mallorca, in a Barcelona game.

For many, it is about another man who tried to attract attention, but for Granada fans, he is a well-known person, and his name is Olmo García, who is relatively normal to see on the streets of the city without clothes.

Olmo García is also a 38-year-old businessman from Granada, with studies in Chemistry. Since he was 21 years old, he has been selling sports food.

“A lot of the guys who were successful with the girls went to the gym, and they had protein. I started consuming these products, and when I saw the price of the raw materials, it occurred to me to sell, “he explained to the Ideal regional weekly.

Why does he go naked in the streets?

Olmo García began to undress in the streets as a way to raise awareness “and contribute” to world peace, in addition to ensuring that receiving the sun on the entire skin produces both psychological and chemical benefits, by activating the vitamins ingested.

“Peace in the world, for me, is harmony, good words, a planet without aging, a world without death,” he explained. He considers that going naked helps to combat stereotypes and ensures that getting naked is not a protest, but a way to contribute to world peace.

By the time he began to make himself known in Granada, Olmo García had assured that he did not have complaints for walking naked, however his record could have ended after breaking into the second highest ranking UEFA tournament.