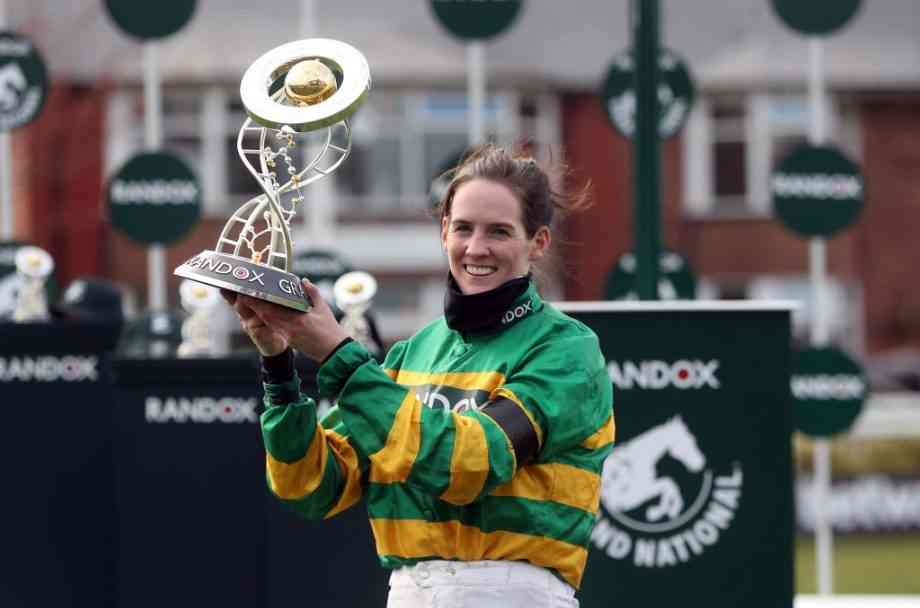 Leave a mark! Rachael Blackmore is the first Grand National champion, although women have been able to participate in this event since 1975.

More barriers are being broken! The Grand National is the UK’s most important equestrian obstacle course and has a new champion: Rachael Blackmore, the first woman to do so.

This competition opened its doors to women in 1975, when the law on sex discrimination was enacted. Now, the jockey could show off her quadruped named Minella Times.

Rachael Blackmore is one of 4 women who competed this year. However, the first to enter the competition for the Grand National was Charlotte Brew in 1977.

“I can’t believe it; it’s unbelievable. When we jumped the last hurdle, I asked Minella for some more and she replied. I don’t feel like a man or a woman, I don’t even feel human. I feel incredible “, declared the champion without getting off the horse.

The event took place in the midst of mourning Prince Felipe’s death, so there was 2 minutes of silence before 40 horses, with their respective riders, ran 7 kilometers with 30 obstacles.

She was born in Killenaule, Ireland, on July 11, 1989. Her father is a dairy farmer, and her mother is a teacher, but she did not follow either path: she studied veterinary medicine and earned her degree in Equine Science.

Studies were always combined with sport and, logically, with horses. Rachael Blackmore competed as an amateur, getting her first win on February 10, 2011 and in March 2015, she made the leap to professionalism.

In 2019 she was victorious at the Cheltenham Festival, which she also excelled at in 2021. At 31 years old, she is a reality as a jockey and took the 173rd edition of the most famous race in the United Kingdom.

Now, you can boast that you accomplished a feat of film: ‘National Velvet’ is a feature film directed by Clarence Brown, starring Elizabeth Taylor, Mickey Rooney, and Donald Crisp.

Taylor plays Velvet Brown, a 12-year-old girl who saves a horse from being euthanized and trains it. Despite obstacles (in life and on the track), she dreams of competing and winning the Grand National.