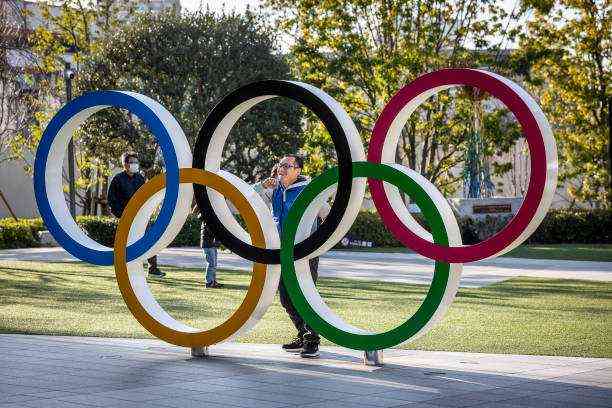 The Olympic Games organizers ask that it be defined how the entrance of fans to the fair will be and already set a deadline.

Unless something extraordinary happens in the coming months, the Olympic Games will be held in the city of Tokyo, Japan, and everything indicates that the summer fair will have an audience, and the month of March is essential for that.

Thomas Bach, president of the International Olympic Committee, had assured in 2020 that the third month of 2021 would be essential to know what the protocol would be like if the entry of fans is approved.

After the rumors about the cancellation of the Olympic Games, the preparations continue their march and the countdown to the inauguration of the event, which will depend a lot on what happens in March.

If the entry of fans is approved, the stadiums and arenas of the Tokyo Olympic Games will have the vast majority of Japanese fans, not only because it is the venue for the fair, but the government of Japan is analyzing limiting the entry of fans foreigners, according to Marca.

Inhabitants of the Japanese country, especially in Tokyo, have demonstrated against the Olympic Games organization, in large part because they fear that foreign athletes and fans could increase the number of infections.

Japan has decreed a state of emergency for contagion cases since January, and the situation does not improve, so they are analyzing extending the declaration in Tokyo.

March 25, essential for the Olympic Games

Discussions will continue in Japan to define how the protocol will be for fans. However, the organizing committee requests that it be defined in March, and the president of the Japanese Olympic Committee set a maximum deadline of March 25.

“As far as overseas spectators are concerned… personally, I want it to be decided before the 25th of this month, when the Olympic torch relay starts,” said Seiko Hashimoto.

Once access to foreigners is defined, the organizers will be able to determine the investment and the protocol to follow for the protection of the inhabitants of Tokyo. “We have the highest priority in Covid countermeasures,” said Thomas Bach.

The month of March also marks the beginning of the pre-Olympic tournaments in Latin America, and therefore we will begin to meet the Mexicans who are winning Olympic positions.

The tournament with the greatest media impact will be soccer, since Mexico is the host, from March 13 to 28 in the city of Guadalajara.

In Monterrey, the Pan-American archery pre-Olympic will take place, one of the disciplines with more options for Mexico to seek medals. The tournament will run from March 22-28.