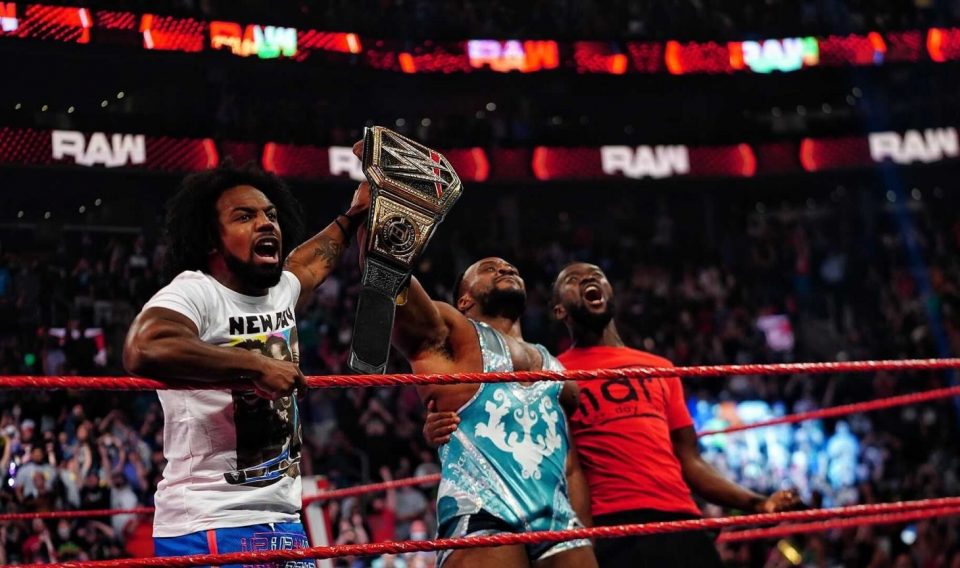 Big E’s moment as WWE’s maximum title champion has arrived, he successfully cashed in his Money in the Bank briefcase to beat Lashley.

This September will be remembered for all eternity in WWE history. A new champion of the WWE Championship appeared in the firmament of the company, and that is that Big E managed to win the title by beating Bobby Lashley on Raw. WHAAAAT ?!

This Monday, September 13, he had already announced that he would be on Raw to exchange his Money in the Bank briefcase, of course, taking advantage of the fight for the WWE championship between Bobby Lashley and Randy Orton.

And yes, Bobby Lashley retained his championship against Orton, but immediately afterwards, the entrance music of Big E sounded, who appeared with his Money in the Bank and a referee to make official the exchange of his title fight against an already depleted Lashley for his previous fight – a smart move.

With all the advantages in the world, Big E only had to impose himself with all his strength and agility to win the first WWE championship in its history. A moment that the entire arena celebrated, the New Day member is one of the most beloved by the fans, in addition to having fought hard to have his moment as champion.

Big E: Second member of New Day to be crowned champion of the WWE Championship

When we talk about great factions in the history of the company, we obviously think of The Fourhorsemen, Evolution or DX, and they have the particularity that they achieved great things as a team and individually.

WWE cataloged the New Day as the best team in the history of the company, and it is no wonder – here we leave you the count of the best teams – the success it has had in the couples division is unmatched by the talent that He has each member: Kofi Kingston, Xavier Woods and Big E.

Kofi Kingston was the first New Day member to win the WWE championship at Wrestlemania 35 before Daniel Bryan, in one of the most significant moments in the company’s history. And finally, this 2021, it was the moment for Big E to be crowned as the WWE Champion.

In his championship celebration, his teammates came out to the ring to celebrate with their partner. The tears were not lacking, because it is a more than important moment in Big E’s career, and it is understood that few can boast of winning the WWE title.