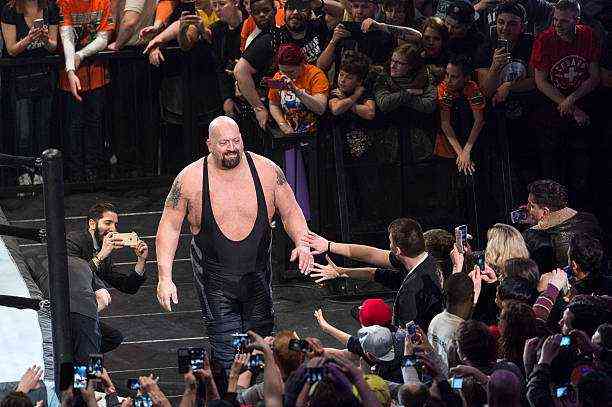 A WWE legend says goodbye to the company, Big Show will no longer be there, and signs a contract with AEW, his former company’s main rival.

Any restructuring is necessary, and the WWE is constantly changing fighters and personnel behind the scenes, either because they are not comfortable in the company, due to constant injuries, or simply because no one wants to maintain the same creative path.

WWE announced new additions to its NXT development territory, the future stars of Vince McMahon’s company, but there is also an addition that shook the wrestling world, and it was for rival company and competition, AEW.

The Big Show was introduced under his real name Paul Wight as a new member of the AEW staff, a company in which Tony Khan is president, also co-owner of the Jacksonville Jaguars of the NFL and Fulham of the Premier League.

Initially he will have a commentary role for an AEW show, but later we will possibly have the possibility of seeing him in action against different new rivals or some that he has not faced in a long time.

Big Show debuted in WWE in 1999, curiously under the name Paul Wight in a match between Stone Cold Steve Austin and Vince McMahon, there he began his path in WWE. He achieved 5 maximum championships, 2 secondary, and 8 times in pairs.

He’s not the first to go from WWE to AEW

Much of the WWE talent that leaves the company goes in search of new challenges in different companies around the world. Big Show is not the first to make the leap to this company, Dean Ambrose in WWE debuted in AEW as Jon Moxley, Rusev arrived as Miro, and The Revival team in his new company are FTR.

Some legends in the industry manage to keep their names because the WWE does not have them registered as their own, in the case of Big Show, since Sting, Vickie Guerrero, and Tazz kept the names that led them to success.