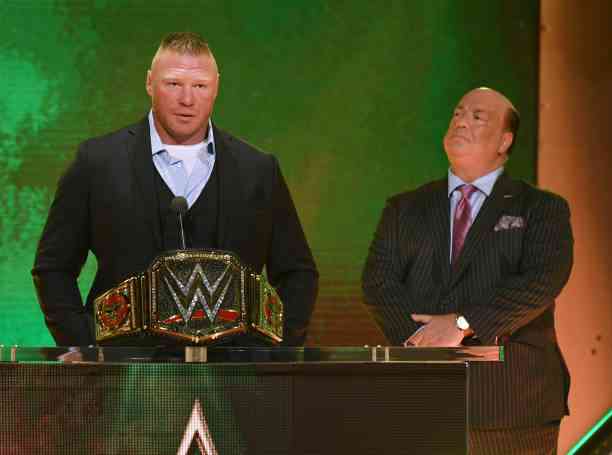 Brock Lesnar returned with WWE and signed a new contract with the McMahon company, we will tell you how the agreement is made up.

WWE is experiencing crucial moments in its history, it has left a lot of talent in its development system free, and some superstar contracts will not be renewed, that without thinking that AEW broke the world of wrestling with the return of CM Punk, but it responded with the return of Brock Lesnar.

Brock Lesnar, since his arrival at WWE in 2002, immediately became one of the main attractions of Vince McMahon’s company, so his departure from the company, only 2 years later, took a deep breath, although it was in the best terms.

That’s why after a successful career in the UFC, he returned to WWE just under a decade ago and has been with the company ever since as a “part time” fighter. What do we mean by “part time”?

Unlike other wrestlers such as Edge, Seth Rollins, Roman Reigns, and some of the ones we see week by week with WWE, Brock Lesnar is not required to make his weekly appearance, in fact, his previous contracts were for a certain number of fights at the same time.

That is why, we saw him mainly in the great events of WWE and rarely being part of the weekly shows of Raw or Smackdown, even being champion of WWE or Universal, the two most important titles in the company.

With the arrival of CM Punk to AEW -and here we tell you in case you missed it- a Friday before WWE SummerSlam was, so the great wrestling company in the world needed to counter attack with something equal to or close to Punk level.

WWE answered with Brock Lesnar and a triumphant return against Roman Reigns and when facing the “Tribal Chief,” returning as a beloved fighter, something atypical in Lesnar, who normally has a tough character.

Peeeeeeeeeeeero, the issue here is Brock Lesnar’s contract. With information from FightfulSelect, they were able to access the contract that the fighter has in this new stage with WWE.

His report says that the agreement that will unite Brock Lesnar with WWE is for a year and a half with the company and 8 fights assured in this time that he is with the company, so we can assure that at least one of those fights will be against Roman Reigns for the Universal championship.

How, When, And Where To See WWE’s Fastlane Live?