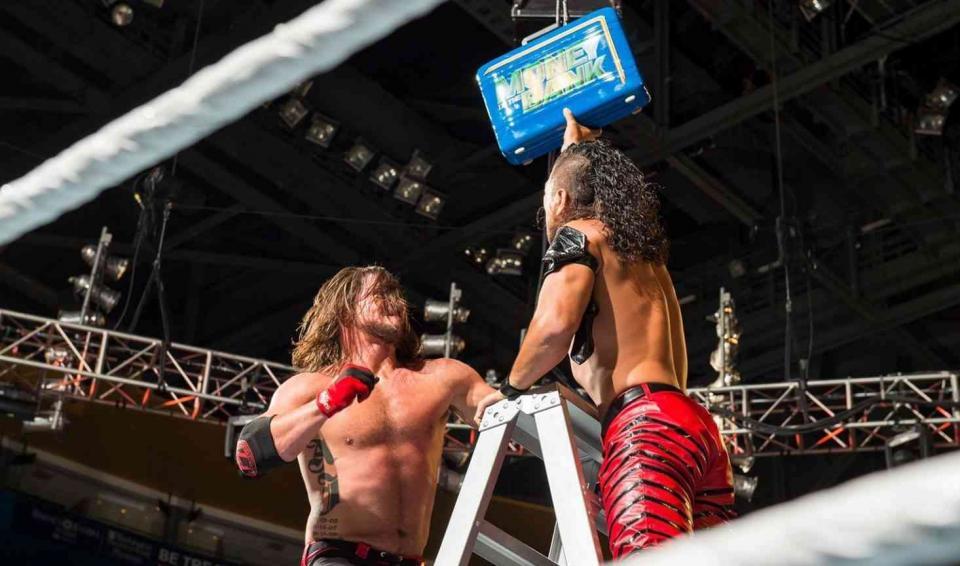 2 headline opportunities hang from the Money in the Bank briefcase, 16 WWE Superstars will compete to earn that chance.

WWE is experiencing crucial moments in its history, because for them the restrictions have ended and the people will be able to return to the arenas, Money in the Bank will be the first event of the company that has fans -Wrestlemania 37 does not count because it was not at its maximum capacity- back.

So WWE prepares great things for the return of the people, in itself, the Money in the Bank fight is already attractive enough for people to get excited, and now with 2 fights – the female and the male – it is expected that the fights are a real madness for the level of competitors that there are and the opportunity that is at stake.

Money in the Bank consists of the following. A briefcase is hanging above the ring, the wrestlers must use a ladder so they can lower it. The winner – that is, the one who picks up the briefcase – has a chance for the maximum championship (Universal, WWE Championship and even the NXT championship) in the span of one year.

The Raw tag team championships will also be at stake, AJ Styles and Omos will have the task of going out to defend their titles against the Viking Raiders. Charlotte Flair is looking to snatch the Raw Women’s Championship from Rhea Ripley and will have her next shot at Money in the Bank.

Who competes in the Money in the Bank 2021 matches?

4 Raw Superstars and the same amount of SmackDown will be in the WWE Money in the Bank match. John Morrison, Ricochet, Matt Riddle, Drew McIntyre, Shinsuke Nakamura, Big-E, Kevin Owens and Seth Rollins will be looking for the opportunity to grab the “Mr. Money in the Bank” briefcase.

Zelina Vega, Asuka, Naomi, Alexa Bliss, Nikki Cross, Liv Morgan, Natalya, and Tamina will be the competitors for the women’s fight. Recently the champions were added in pairs, but there are rumors that Becky Lynch may make her return to WWE or that Sonya DeVille herself will also return to the strings.

How, when, and where to see the Money in the Bank event?

The cost of the WWE Network channel is 9.99 dollars, which in Mexican pesos would be about $ 204.53 to be able to see Money in the Bank exclusively. You can also enjoy the entire event on the Star Action channel, available on different pay television companies.