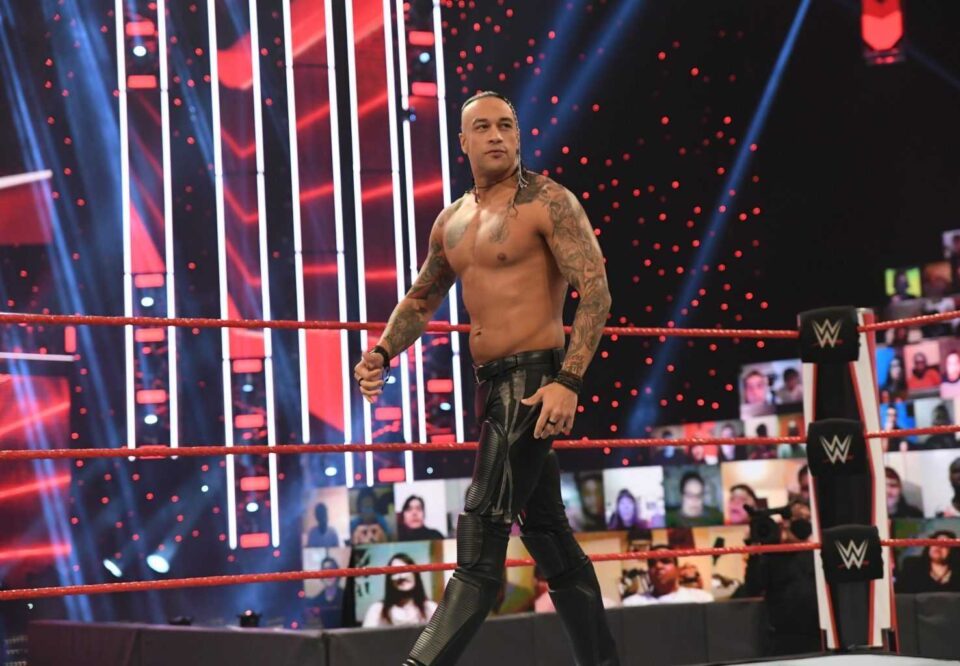 Damian Priest, from a young age, was involved in contact sports, which would lead him to WWE. His father taught him a taste for martial arts, and the WWE superstar says his dad even beat Chuck Norris.

He learned the martial art Goju-Ryu karate, then he decided to practice wrestling, and the transition was not easy. His first steps were not easy, because when learning martial art, he had to defend himself from whoever wanted to do something to him, and to learn in the ring, he had to stop all kinds of movements.

How was Damian Priest born?

Luis Martínez was his first name in wrestling, and he became Punishment Martinez in the Ring of Honor company. He left the company in 2018 and came to WWE that same year, and continued to use that name on local shows.

Triple H, leader of the NXT brand, was the one who helped him achieve what he has today with Damian Priest. “Everything you’ve done so far matters because it brought you here, but forget it,” the King of Kings told him.

“I saw the way to represent me, the way I am, everything fell into place and it became easier for me. Damian Priest is me, from the moment I get up until I go to sleep, I love living my life“, he commented in an interview for Sopitas.com.

Damian Priest has shown his taste for rock at all times, but that has not stopped him from allying with Bad Bunny. They both grew up in the same area of ​​Puerto Rico and from the first moment had a connection with the rapper.

“We had the same way of how to live and how to achieve success in life, and that has nothing to do with music. The character that most see is a rocker but that’s not just who I am, there is much more, “he said about his favorite music and the union with Bad Bunny.

The showcase of the immortals is undoubtedly an event that each and every wrestling fan remembers. Damian Priest has always been a fan and he also has a memory of Wrestlemania as a fan.

“I remember being live at Wrestlemania, the XX in New York. Not the fight, just when the Undertaker’s bell rang and he came back as the dead man and Paul Bearer came out. That’s why I remember, it was something so special when you hear the bells and how all the people felt inside that building,” he remembers the return of the Undertaker.

Damian Priest has his own way to Wrestlemania, and the 37th edition will be the first for him as a member of the main WWE roster, and among his plans not only for this Wrestlemania, is to have a moment within the event.

A Wrestlemania moment refers to any action, match, or segment that people will remember forever. Just a few weeks to Wrestlemania 37, Damian Priest has no confirmed rival, but within the next few days, it will be possible to clear the way for him and be able to see him at the biggest event of the year.

How, When, And Where To See WWE’s Fastlane Live?