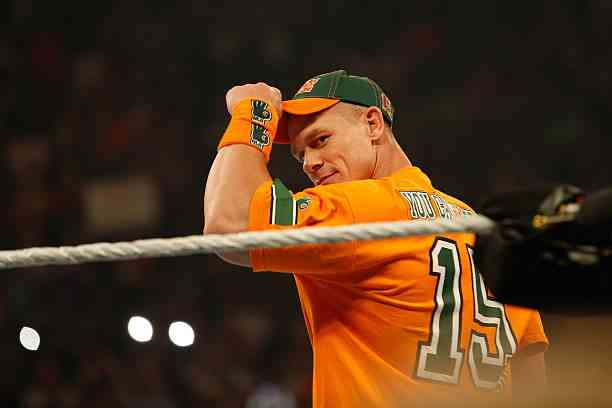 WWE will have John Cena in a ring again, he made it official, but it is still unknown when we can see him back.

It has been several months since John Cena stepped into a WWE ring, his acting career has consumed him along with the promotion within his recent participation in the Fast and Furious saga, but it will not belong to seeing the wrestler of new in the ring.

His last fight was at Wrestlemania 36 against Bray Wyatt, and as such, it was not a fight, but a so-called cinematic fight, in which they are pre-recorded segments that tell a story, and we see some parts of the fight.

So, in an interview, which was initially about the next movie in which he participates, he was asked about a possible return to WWE, and the answer is exciting to wrestling fans, but he also admitted that he does not know when he will be able to return.

“I will definitely go back to WWE, I just don’t know when. When I posted the WWE logo on Instagram last month, some took it as if it was going to return immediately, and it is not the case. I haven’t had my last match, and I can’t wait to have the next one, “John Cena told Jimmy Fallon in an interview.

John Cena is one of the most influential people within the company, since his debut in 2002 with Kurt Angle, his character had ups and downs until he reached his highest point, and so he was the face of the company and the highest figure of WWE.

Known in WWE developmental territory as “The Prototype,” but changed his name upon arrival on the main roster, but after his debut, little was seen of him at Vince McMahon’s company. Until 2004, he returned with a rapper character, but he was not well received by people.

He maintained that character and began to be appreciated by people thanks to rivalries with Brock Lesnar, a tough fighter at the time, and Big Show. He had a rivalry that culminated in his reign as United States champion at the time of Wrestlemania XX.

For Wrestlemania 21, his time came to lead the company, he won the maximum WWE championship from JBL and began a rise within the company as one of the best wrestlers in all history, and his titles endorse him.

Ric Flair, for a long time, held the record for the most WWE championships in history with 16, but that position would not be occupied only by ‘Nature Boy’ because John Cena also won 16 championships after beating AJ Styles.

Return to the stellar planes of WWE

In recent weeks, Roman Reigns, universal champion of SmackDown, had a few words for John Cena and The Rock, about maintaining his career in the cinema and not coming back because now he is the one who dominates the world of WWE.

We can think that a rivalry against Roman Reigns would be one of the options to return and the date could be SummerSlam, since we know that WWE prepares a great event for the month of August and in which people would already attend the arenas, like this That, around here could be John Cena’s idea.

Take a look at the interview that Sopitas.com conducted with John Cena about his role as Toretto in Fast and Furious 9 and how was his adaptation to the character.

How Many Scheduled Matches Does Brock Lesnar’s New Contract With WWE Have?