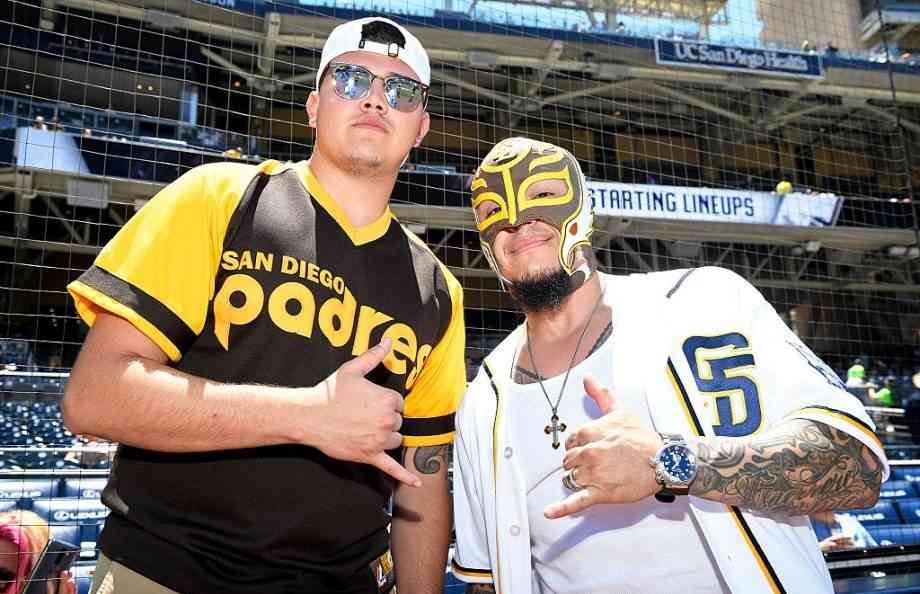 WWE is still making history and now it was specifically Latinos, as Rey Mysterio does not get tired of adding achievements to his career and now was with his son, Dominik, who first won the championship couple of SmackDown! .

During the Wrestlemania Backlash event, he faced Dolph Ziggler and Bobby Rooder, for the aforementioned tag team championships. The fight was even at all times, but in the end, the Mysteries were the ones who took home the victory and the title.

This was the first belt in Dominik’s career, but not Rey Mysterio’s. In his career he has had several teammates with whom he has won the tag team championships, such as Billy Kidman, Konnan and Juventud Guerrera in WCW and in WWE with Edge, Rob Van Dam, Eddie Guerrero and Batista.

It is not the first family in WWE that conquers the championships as a couple, in history there have been many teams of brothers that took the title home, such as the Steiners, the Usos, Cody Rhodes and Goldust, Carlito and Primo and the Hardy Boyz.

But Rey Mysterio and Dominick are the first couple champions in history who are father and son, never in history has such a combination been given to win the scepters. The closest had been with Eddie Guerrero, and Chavo Guerrero, who was the mythical fighter was Chavo’s uncle.

The evolution of Dominik Mysterio

Dominik Mysterio is no stranger to WWE, because his dad has always been close to him in his professional career and that has made him get involved in different aspects of wrestling at his early age and he was even part of one of the WWE stories in 2005.

Rey Mysterio’s son was part of one of the most controversial stories of the past decade, because Eddie Guerrero and Rey disputed custody of Dominik. Eddie argued that he was the biological father of Mysterio’s son, until they fought at SummerSlam.

These Are The Wrestlers Who Have Been Fired From WWE