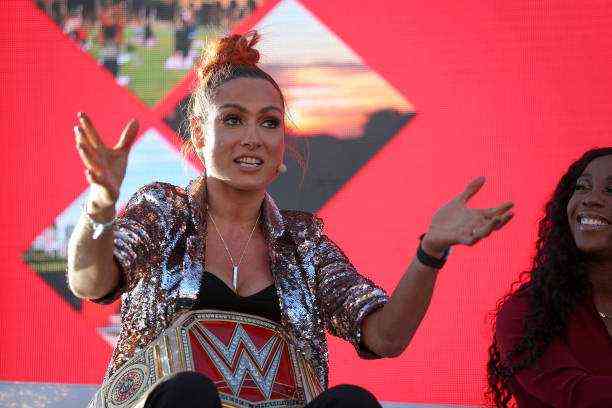 Sasha Banks, Bayley, Becky Lynch, and Charlotte Flair are the 4 WWE women who were in charge of putting women’s wrestling on another plane.

THE START OF THE WOMEN’S REVOLUTION

4 superstars, at that time still considered divas within the industry, who came to NXT to begin their careers in WWE were in charge of starting all this movement within the company: Sasha Banks, Bayley, Becky Lynch, and Charlotte Flair.

These 4 women competed with each other and formed alliances in different storylines. Little by little, they demonstrated their quality in the ring, their talent on the microphone, and their popularity with a growing wave of new fans interested in women’s wrestling.

All these girls had something in common that lit the spark, and it was the love of wrestling, fulfilling their dream of being in rings in which they had seen their idols, their family members, also wrestlers and that they fulfilled their goal of not only to get there, but to become examples for future generations.

Some more popular than others, at that time, began to climb the ladder of success. Charlotte and Sasha became champions of the brand, Becky was not so lucky, and Bayley would have her moment months later. 3 of them went to the main squad on Raw, the first mentioned. From that moment on, the fight would undergo a positive change that would not stop.

After the debut on Raw, Sasha was still an NXT champion and had a rivalry with Bayley. On August 22, 2015, it would change the vision of detractors about women’s wrestling in WWE. NXT Takeover Brooklyn would have the considered the best women’s fight in the history of the company between Sasha Banks and Bayley, the winner was the latter.

After the fight, the women called ‘ 4horsewomen ‘ in reference to the legendary group of Ric Flair, in which he brought together 4 of the best talents to form an alliance, hugged each other in the ring, and were applauded by millions of fans around the world.

What Does The 24/7 Title He Won On RAW Mean For Bad Bunny And WWE?