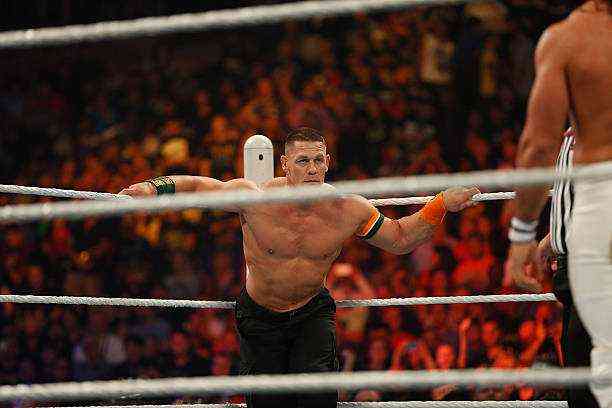 The Royal Rumble is the perfect setting to make a return to the ring, be it from a legend, after injury, from a time without appearing in WWE for other projects, or when you come from some other wrestling company. Over the years, we have experienced some of the most spectacular and exciting moments in the history of the company.

One of these moments at Royal Rumble can catapult a fighter’s career to stratospheric levels and put you on the threshold of a future title, whether he wins the battle royal or not. These 5 returns have all the condiments to be historical due to the level of surprise, sentiment, and public reaction.

The category R superstar has 2 returns within this top 5, the first in 2010 after an injury that in the first instance would keep him out of the ring longer, he had a miraculous recovery and surprised the world by winning the Royal Rumble edition in that year.

Edge’s second surprise appearance was the edition of 2020. After retiring 10 years ago because of a neck injury, Edge was looking for options with different doctors after training for a possible return and finally succeeded. His return shocked the world because no one thought that Edge could return.

Edge’s return had been planned for several months together with high-ranking WWE officials in a current world where surprises are disappearing thanks to leaks in different social networks, and they kept everything secret.

The 2008 Royal Rumble marked another of the great upsets in WWE history. John Cena suffered from a right pectoral injury that would keep him out of the ring until April 2008, but like Edge, his recovery was magical, and he returned 3 months earlier than expected.

He also came back to win the Royal Rumble in that year and had no luck winning the WWE championship. He lost the opportunity to validate his status as the Battle Royal winner by losing to Randy Orton at Wrestlemania.

One of the most important women in WWE history could not be absent from the first women’s Royal Rumble in history. A historic appointment for an equally historic woman, she appeared in the Royal Battle as the last participant, and although her appearance surprised the attendees and fans around the world, she could not win the battle.

One of the most recognized figures in professional wrestling, he was in the best companies in the industry, such as Ring of Honor, TNA, and New Japan Pro Wrestling, in all being the maximum champion. It was rumored that he could debut in WWE, but it did not come true until the Royal Rumble, and from that moment, everything turned to gold for Styles. He won the WWE championship on several occasions and has had different championships in the company.

A part of the most decorated team in WWE history, the Dudley Boyz, made their return at the 2015 Royal Rumble. After his departure in 2004, he went to the TNA company to increase his great legacy alongside his teammate, and from there, he became very critical of WWE and its decisions, but everything turned out on good terms for the wrestler and WWE. , which began with a return to the Royal Rumble and culminated in a Hall of Fame induction.