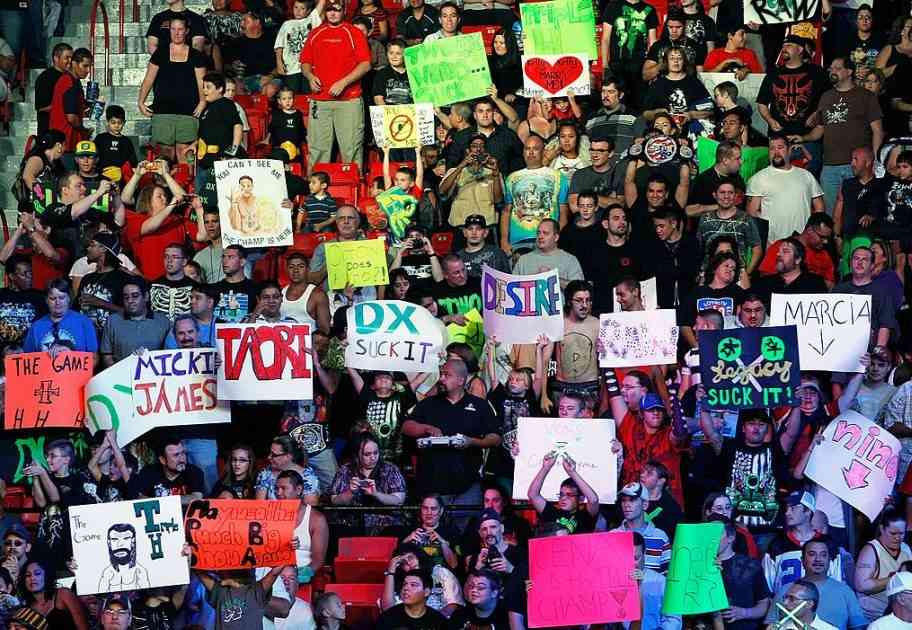 SmackDown will see the return of the fans to the WWE arenas, from this show, everyone will be with the public again.

WWE is closing an unforgettable stage for the company, and for all wrestling fans, the so-called “Thunderdome” will cease to be because this Friday, July 16, people got to return to a WWE arena for a live show.

SmackDown -a show that is taking the spotlight in WWE (sorry Raw) – will be the stage in which fans return to a WWE arena, officially starting next Friday, all shows and pay-per-view events will return to have fans.

Let us remember that, for more than a year and a half, due to the pandemic and COVID-19, WWE had to adapt to the conditions of sanitary measures in the United States and presented a project called “Thunderdome,” in which it sought to bring to the fans.

Fans could appear at WWE shows with his face shown on thousands of screens that were placed inside the arena so as not to lose contact with people. Each show and event took place in 3 different areas in Florida.

17 months later, a WWE show will have people again, although Wrestlemania 37 at the Buccaneers stadium in Tampa, saw some fans in the stadium, but it was not at its maximum capacity, only a few were the privileged ones -the editor he is envious- to enjoy the most important event of the year.

What is SmackDown preparing for the return show with fans?

SmackDown will be the first of 3 events that will make fans return with excitement to the arenas of WWE, because on Sunday, July 18, they will live a pay per event in which we will know who will be the next Mr. and Mrs. bank”, to end with Raw on Monday, July 19.

But let’s go to what truje us -as they would say in my town-, this SmackDown of July 16 has 3 fights agreed at the moment. First, a fatal 4-way encounter between Big-E, Seth Rollins, Kevin Owens, and Shinsuke Nakamura, all participants of the “Money in the Bank” fight.

Later, champion Bianca Belair will defend her championship against Carmella, this after Bianca was left without an opponent for Money in the Bank, after Bayley’s departure due to injury. Carmella stepped in and left her place vacant in the fight for the “Money in the Bank” briefcase.

To close the show, the Universal champion, Roman Reigns, will join his cousins ​​Jimmy and Jey Uso to face the team formed by Edge, Rey Mysterio, and his son Dominik Mysterio. Edge and Mysterio will be reunited as a team after a long time, friendship, betrayals, and championships.

The emotional video with which WWE welcomed the fans again

To add even more emotion and emotion to the return of the fans, WWE decided to make a welcome video after the “Thunderdome” era. In the video, you can see different fighters like Drew McIntyre, Kofi Kingston, and Bianca Belair in different arenas, and they are all empty.

Then a message in which WWE writes that something was missing after almost a year and a half. You can hear the noise that people generate in the arenas, and different iconic videos throughout history appear. Some of those moments couldn’t be conceived without people.

Close the video with 3 recent moments that have made people go crazy in the arenas: Daniel Bryan and the “Yes” movement, Kofimania and the implosion of Becky Lynch as “The Man”, plus a snippet of “The Rock “having his skin bristling from the songs of the people to close with a” W (with the WWE logo) elcome Back.”