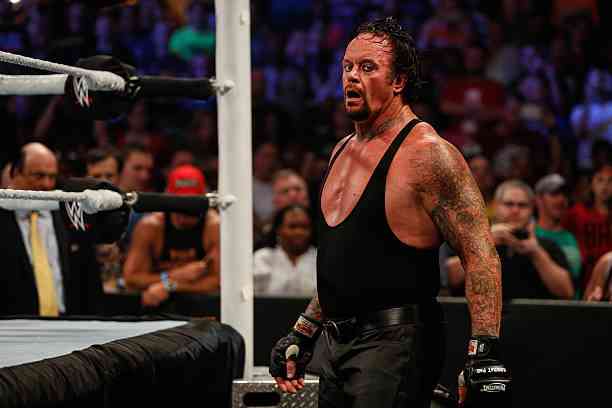 Very ad hoc to the Halloween season, Netflix will premiere a horror movie with the Undertaker, WWE wrestler, as the protagonist.

Terror and sports are very difficult things to put together -and make them successful-, but the WWE had success when creating the character of the Undertaker. Only the world of wrestling could have a hint of terror in its programming, and it did perfectly with the “Undertaker.”

Although he was not born as a horror character, the Undertaker was a kind of worker in a pantheon -that was his origin-, although he did have some so-called afterlife powers, but year after year, WWE was creating a whole character with terrifying and with supernatural powers.

Without a doubt, WWE knew how to exploit 100% the character from beyond the grave that the Undertaker had. We saw him return from “death” by being buried alive, creating rays and optical illusions. But the theme of terror lost momentum due to his change by leaving his character and changing the motorcyclist.

Inevitably, his time as a wrestler is over and, as my father said, no one beats father time and he can no longer carry the wear and tear of a fight as WWE requires on his back, but he will never be forgotten as the Undertaker.

He will be a wrestler -and character- who made history in WWE and connected with millions of fans and continues to be one of the most popular fighters and that he no longer competes regularly as he does before, but WWE decided to take advantage of the fact that the fans did so.

Netflix announced that Undertaker would have its own movie and take advantage of the fighter’s character and the Halloween season, it was like a glove. But, he will not be the only fighter to appear in this feature film, as the group The New Day will also appear.

” Escape the Undertaker ” is the title of the new movie that Netflix will release, and the idea is that The New Day (Big E, Xavier Woods and Kofi Kingston) will enter a haunted Undertaker mansion, in which they will have to make some decisions to survive.

This movie will have a special element, because those who watch the Netflix show will be able to help The New Day, as they will have the possibility to choose the fate of the greatest team in WWE history – we leave it here in case you don’t believe us-, so cool head to help these three fighters.