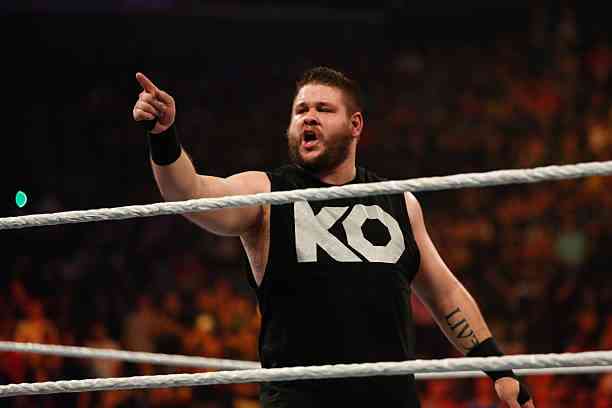 There are more problems for WWE because Kevin Owens is living his last months of contract and it seems that he has already winked at AEW, a rival company.

Things in WWE this week must be a bit complicated. AEW and the All Out event turned the wrestling world on its head – something that has not happened in a few years with the McMahon company – and as if that were not enough, one more problem looms on the horizon is Kevin Owens.

Why would Kevin Owens’ contract with WWE be a problem? The answer is more than simple, and it is because he is living his last months in the company, unless they manage to renew the Canadian fighter with a new contract. Something that Vince McMahon will have to work on personally.

Let’s get to the bottom of the matter, Kevin Owens will have a question about signing the contract renewal for the same reason as his friend Adam Cole. Well, WWE did not offer something to Cole, which AEW did and it was in his words: “The same passion for wrestling as him.”

And it is not very difficult to know that Kevin Owens thinks somewhat similar to Adam Cole. Over the years, we have been able to get to know Kevin in depth, both in interviews prior to his arrival at WWE and within McMahon’s company, and we can define that he is a fan who loves wrestling and grew up watching WWE that does not mean that you can be unhappy with what happens with your situation or not.

It is still tempting for wrestlers to leave WWE, although it is a dream for many, AEW offers better creative control and new opportunities to wrestling and knowing the style of Kevin Owens, that is why we say, that it would not be crazy for the Canadian to leave the new company.

Thanks to information from Fightful Wrestling, we learned that Kevin Owens has the months counted with WWE. His contract ends at the beginning of 2022, and since we are already in September (month 9 of 12), he only has one quarter left with Vince McMahon’s company.

In addition, Kevin Owens, always with an acid and sarcastic style of being in his character, uploaded a tweet with some coordinates, which he later deleted. The location he shared was Mount Rushmore, oddly enough, in his time as an indie wrestler, he had a group named that along with the Young Bucks and Adam Cole, nod to AEW?