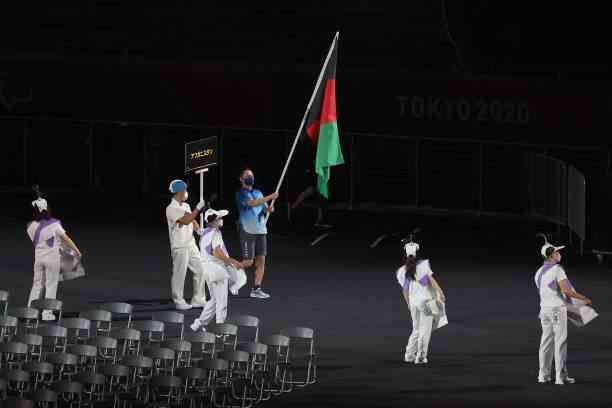 Bravo! Zakia Khudadadi and Hossain Rasouli managed to leave Afghanistan and will participate in the Tokyo 2020 Paralympic Games.

Good news! Amid the uncertainty and even fear over the return of the Taliban regime to Afghanistan, its Paralympic Games athletes almost ran out of travel to Tokyo 2020. Today they are already in Japanese territory, and they are preparing details to compete.

Just over 10 days ago, it was announced that Zakia Khudadadi and Hossain Rasouli could not attend the fair. Then the International Paralympic Committee (IPC) confirmed that both were able to leave the country, but did not reveal their location to maintain their safety.

And now the great news is that they were both able to travel to Tokyo, they complied with the COVID-19 protocols, and are already training. According to new information from the IPC, athletes from Afghanistan received asylum in Paris, where they were able to practice a little more ahead of the Paralympic Games.

Andrew Parsons, President of the Paralympic Committee, welcomed them to the Olympic Village. Likewise, the “global support of various people, organizations and government “was highlighted to take care of athletes and achieve their participation in Tokyo 2020.

Unlike other colleagues, Zakia Khudadadi and Hossain Rasouli will not be available for interviews during the Paralympic Games. They also received special permission not to go to mixed areas with the press, if they so wish.

During the inauguration ceremony, the Afghan flag paraded like the rest of the nations. A Tokyo 2020 volunteer took her around the building to deliver a message of support and solidarity to the entire nation.

Who will represent Afghanistan at the Paralympic Games?

The second woman to represent Afghanistan in the Paralympic Games will compete in taekwondo on September 2 in the weight category K44 -49kg. When the Taliban took over his country, Khudadai posted a video that shocked the entire world: “I am currently incarcerated in the house. I can’t even go out with confidence.”

His inspiration came from Rohullah Nikpai, who won bronze at the 2008 and 2012 Olympics.

The sprinter will compete in the 400 meter sprint of the Paralympic Games. His left hand was amputated after the explosion in a mine. Rasouli says that he has never seen himself as a person with disabilities and even after the loss of his limb he dedicated himself to playing soccer.

However, he swapped the sport for athletics and his rise began in 2016.