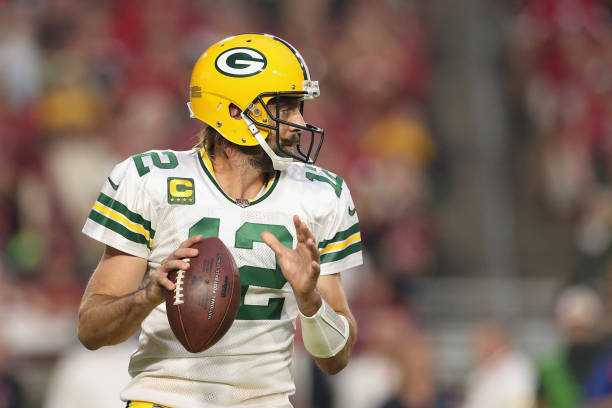 The joke of not being vaccinated and testing positive for COVID-19 would be expensive for Aaron Rodgers, not only in his health, but also in his wallet.

The issue of Aaron Rodgers, COVID-19, and the Packers continues to give a lot to talk about in the NFL, because Green Bay can be very expensive to drop the QB and the quarterback, his positive can also be quite ‘affectionate’ by the virus in the first week of November.

The NFL is already investigating all the protocols in the Packers with the COVID-19, in all the guts, and they want to know if Aaron Rodgers broke some of the regulations that the league-imposed in conjunction with the players association if so, the fines will arrive.

Interviews with Packers personnel is one of the methods that the NFL has used for this investigation, it is also looking for videos and other evidence on compliance or not with the COVID-19 protocols, all, after the QB’s revelation. that he is not vaccinated.

Both the club and Aaron Rodgers could face financial fines, but not suspensions, so in that regard, Green Bay could find a little respite from this whole issue. In addition, the quarterback would have other internal fines.

While all of this NFL investigation is underway, Aaron Rodgers sat down with former Indianapolis Colts kicker Pat McAffe on his podcast and criticized the issue of COVID-19 vaccination and a few more stitches.

How did the Packers fare without Aaron Rodgers?

Due to Rogers’ positive for COVID-19, the QB could not be part of the match against the Kansas City Chiefs in week 9 of the NFL, so Jordan Love, chosen in the 2020 Draft, was the player who took the place of the owner and Green Bay.

But things can be expensive for the Packers because the team’s performance dropped considerably, and Davante Adams was already available, after testing positive for COVID-19 and missing two consecutive weeks.

The Packers vs. Chiefs halftime is being played at the home of Kansas City, and after 30 minutes of play in Week 9, Green Bay has not scored any points. 17-0 is the score in favor of Patrick Mahomes.

How, When And Where To See The Fight Between Canelo Alvarez Vs Caleb Plant?