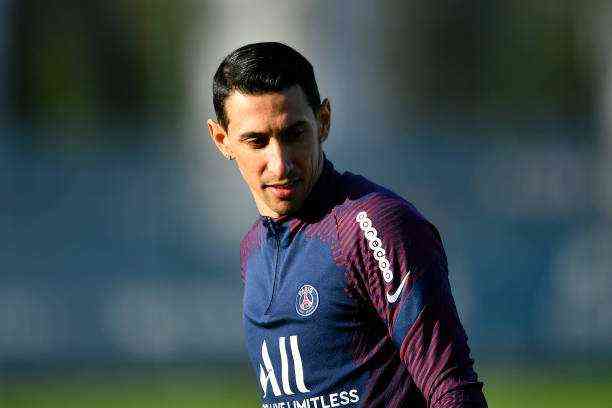 Ángel Di María had to leave PSG in the middle of the game after learning about his house’s robbery, where his partner and children were.

The family of Argentine Ángel Di Maria suffered a delicate moment while the footballer was on the pitch with PSG in the match against Nantes, so the footballer left the exchange urgently and went directly to the locker room in campaigns of his coach, Mauricio Pochettino.

According to information from the club itself and from L’Equipe, at least two people entered the player’s house to steal. Inside the home were the soccer player’s partner and their children, who were kidnapped for a few minutes.

The first person from the club to learn about what happened was the PSG sports director, Leonardo, who left the box and communicated directly with Pochettino to ask him to remove the player from the field after a brief explanation.

The helmsman made the change in the first minutes of the second half and took the footballer directly to the locker room, where he stayed with his player for a few moments before returning to the technical area.

“Members of his family were present at his home at the time of the robbery. This explains the emotion of the player when leaving the Park of the Princes”, indicates L’Equipe.

The same French newspaper indicates that Di María was not the only player who suffered a simulated situation, as Marquinhos’s house was also robbed. Inside the house were the parents of Marquinhos.

This case became known after the game, so the PSG captain stayed on the pitch.

Date, Venue And Format: This Will Be The Soccer Draws For The Olympics Games

Karim Benzema Returns To The French National Team After 6 Years