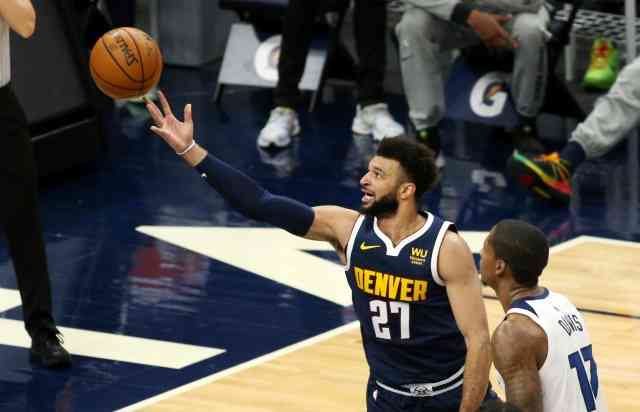 The start of the game marked the match. RJ Barrett made two consecutive fouls Aaron Gordon, and Nerlens Noel made another to Nikola Jokic. Only 13 seconds had elapsed between the three fouls and 22 seconds into the game. And Tom Thibodeau fell to a technique at 28 seconds of play.

With that bizarre start, the Knicks dug his grave. In those 28 seconds, the score was 0-0; from there, the visiting debacle and the sidereal exhibition of, today, the highest contender for the MVP scepter, Nikola Jokic.

Denver played in the first quarter against the wild Knicks. Thibodeau’s timeout consumed only 3 minutes and 17 seconds of play with 9-2 on the scoreboard, a break that was useless, because Nuggets (or rather, Jokic) continued like a pestle hammer undermining all the essences of the game that it has brought New Yorkers so high on the table.

The advantage grew and grew. A Michael Porter Jr. dunk made it 26-6 at 3:25 from the end of the quarter, and the first act ended with an enlightening 34-12.

Of the 34 points of Denver, 24 of Nikola Jokic! The Serbian finished the first quarter with 24 points, 6 rebounds, and 2 blocks, with hardly any shooting errors and 4 dunks in 12 minutes, something unusual for him! The local pivot was out of control, whose spectacular performance contrasted with the null presence in the game of the great visiting star, Julius Randle, in the first quarter, from which he left with 0 of 4 in the shot, and a point scored.

Denver managed that 34-12 without scoring a single triple, going 12 times to the free line and losing only 2 balls; Knicks presented, meanwhile, a more than worrying 4 of 24 in the field goal in the first 12 minutes of play.

That start of the meeting was the key to the game, because from then on the Nuggets never let go of their prey, dominating the scoreboard until the end and reaching a maximum advantage of 31 points (108-77) when the last one was played.

The great little miracle of these Nuggets was still ongoing. Since Jamal Murray was injured on April 12, the team is 10-2, and today they have beaten the Knicks with ease without counting the aforementioned Murray, PJ Dozier, Monte Morris, and Will Barton.

He has done it with Nikola Jokic in front (32 points, 12 rebounds, and 6 assists without playing the final quarter) and with two luxury lieutenants, outside players in a team with the infirmary packed with outside, which shows the depth of the squad of this team. Great matches for Austin Rivers and Facundo Campazzo.

The Argentine player continues in a sweet moment of the game, in the middle of an idyll with the NBA. His team’s losses have forced him to assume responsibilities that were not foreseen so soon, and he is delighted. Starter, 33 minutes, unleashed and mature game, a complex balance always, and numbers: 16 points, 9 rebounds, 4 assists, 5 steals (for the second consecutive game), and only one turnover. High level in attack and defense of the Cordoba player.

Meanwhile, Austin Rivers vindicated his figure against the team in which he had no minutes this season, against the squad from which he came out with more pain than glory. Rivers has performed very well since he arrived in Denver, but today he has left: 25 points, 3 assists, 3 steals, and 6 3-pointers of 9 attempts. He was hyper motivated and even had the odd bite with his former teammates.

Michael Porter Jr. has not shone excessively, although he has left the game with 17 points.

Denver has worked very well in defense and has been seen to spare at all times, winning easily despite having Aaron Gordon without scoring in the whole game (0 of 6 in the shot), Paul Millsap with 3 of 13 in the pitch already, JaMychal Green with 1 of 7.

Those of Michael Malone have totally dominated the boards, and aggressive defense led them to steal 13 turnovers in the first three quarters, allowing the luxury of winning by 16 points a game in which they have just put 38% of his shots.

The Knicks have not been the Knicks. Nobody has been able to stop Hurricane Jokic in the first quarter, the team has been shipwrecked on the rebound, has lost many balls, and has not had any capacity to react to being behind on the scoreboard.

Rookie Quickly finished as the road scorer with 18 points. With 14, Derrick Rose, who was less after a great first half, Reggie Bullock, RJ Barrett, and a Julius Randle, who started playing very late and finished with 5 of 15 in the shot.

Denver equals the Clippers at 44-22 – the team is already classified for the playoffs – in the fight for third place in the West, and New York is 37-29, fourth in the East, but it cannot be neglected if it does not want to finish in the play-in.

Channels, Dates And Times: Here Is Your Guide To Follow The Second Day Of The Champions League